My mind and body are still not in the same place

I am still getting over the shock of being back in Chiclayo after an amazing week spent in Cusco, the Sacred Valley of the Incas and Lima. I experienced SO much in a short period of time with a wonderful compañera de trabajo from Centro Esperanza, Marcela, and although I was back in the swing of things with a chamber orchestra rehearsal last night and then a make-up English class in Antonio Raimondi, time at the office and a session in La Ladrillera today, my mind is still (partially) up in the clouds of the Andean Mountain Range.

I feel so lucky to have been able to travel to such historical and break-taking places with a cheerful and adventurous travel buddy, to have had the freedom to explore peaceful towns and villages at our own place, to have basked in the spring sunshine and soak up fresh air in valleys and on mountain tops, to have been so lucky as to meet up with my loving Chiclayan host parents in Cusco (who happened to be there at the same time), to have contemplated the ingenuity of the Incan people in the construction of the six archaeological sites we visited, to have marveled at the natural beauty of majestic mountains and many plant species I had never seen before, to have tried tasty new foods (and never have an upset stomach), to have had some interesting multi-lingual conversations with other travelers along the way…ay, la vida es bella.

Marcela and I were picked up from the Cusco airport by two friendly hosts who immediately asked if we had felt the 6.9 magnitude earthquake (with its epicentre in Arequipa) at 10:30am. Nope…nada…(luckily there were no deaths caused by the quake).

Once at our little hostal, first thing was first: prevent altitude sickness with mate de coca tea, commonly consumed in the Andes mountain range, and a rough equivalent to green tea. I have no idea if this made a difference, but I never had a headache or anything of the likes after drinking it. 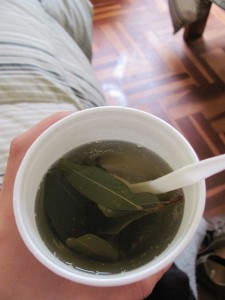 After getting our all-inclusive tickets for the local attractions, Marcela and I went to the Cusco Folkloric Art Museum and then headed to the Plaza de Armas, where the sun was just setting. 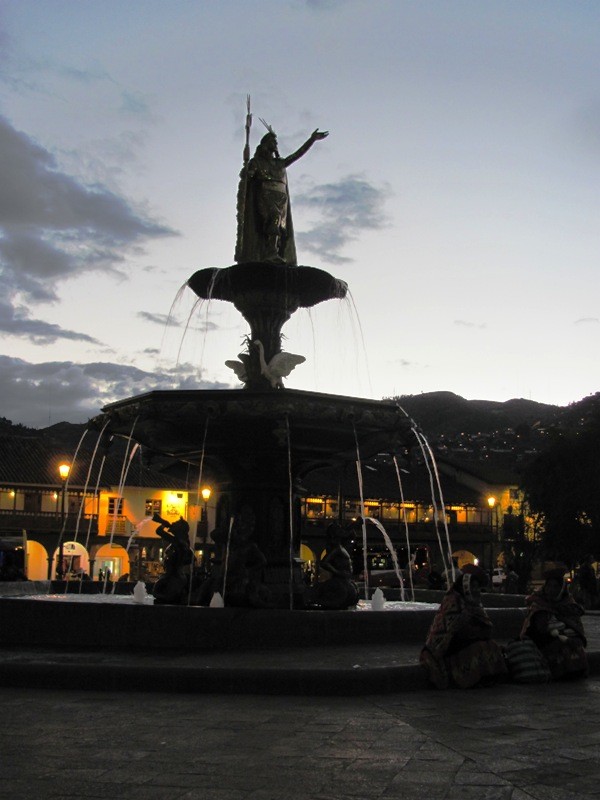 We then met up with one of Marcela’s friends, from Chiclayo, for the most delicious (and biggest) chicken noodle soup I have EVER had in my life, which I was sadly not able to finish as it was a portion big enough for two people with its full chicken leg, boiled egg and mountain of veggies and noodles, plus a Peruvian version of ‘corn nuts’ to go on top.

Our comfortable beds with down-filled duvets permitted us the rest we needed for our first full day of adventure in Cusco, which just so happened to be a day of protest/strike (about opposition to Genetically Modified Organisms and seeds. After breakfast we headed to the archaeological site Saqsaywayan. We were blown away by the size of the rocks used in the structures and the view over the valley which Cusco now fills. 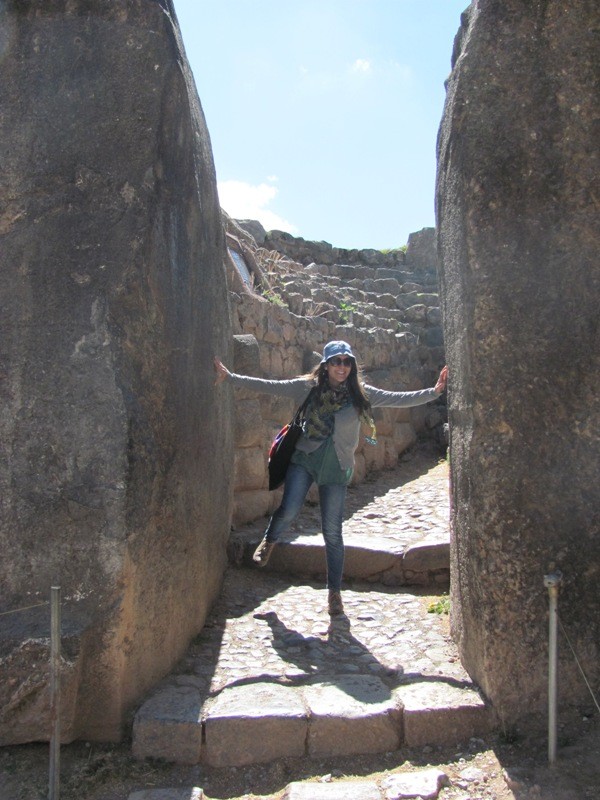 Marcela and I appreciated the presence of Peruvian youth… 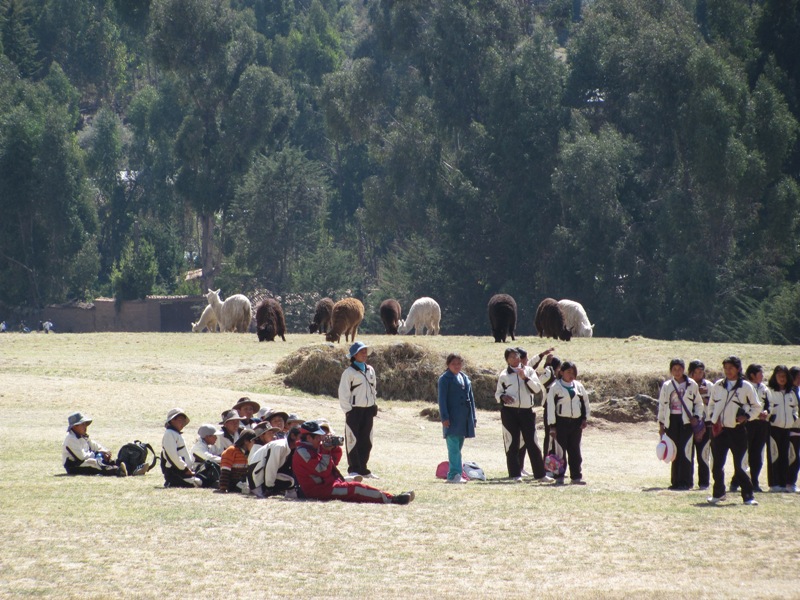 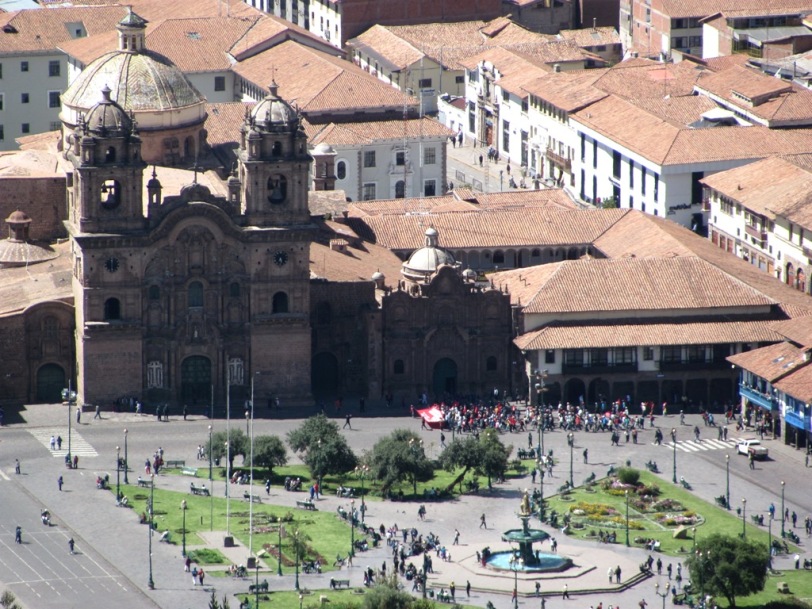 We could both see and hear the beginning of the strike/protests from Saqsaywayan. More on this to follow… 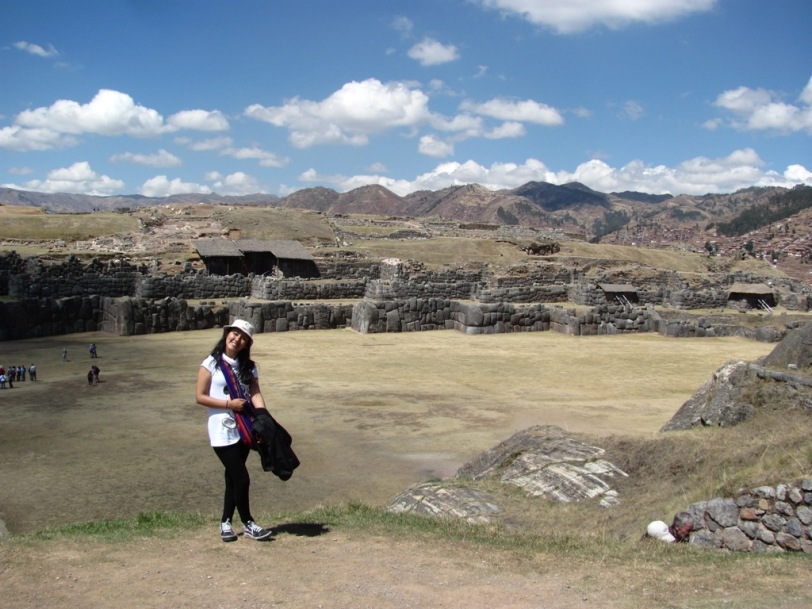 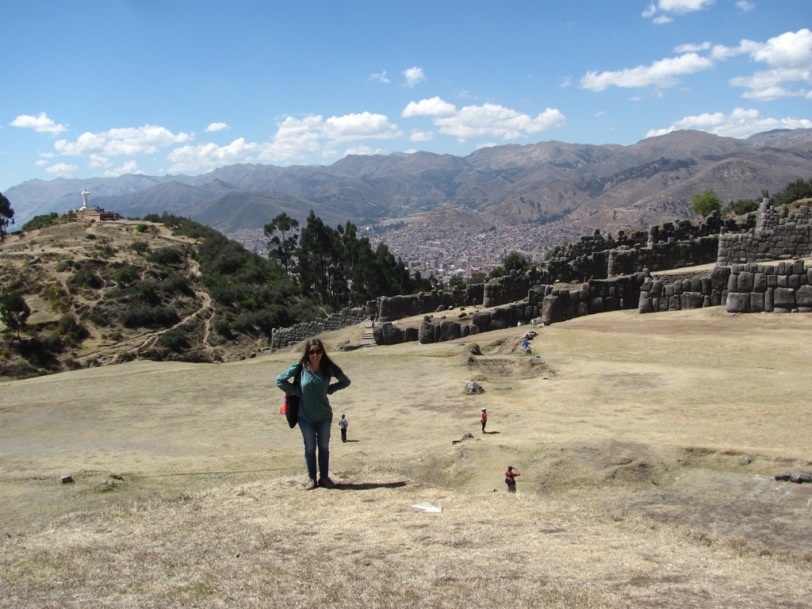 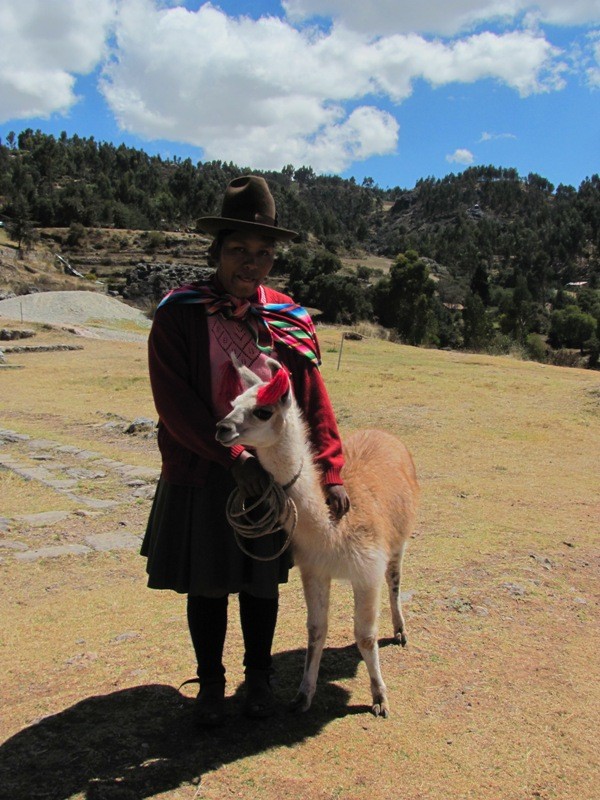 Nuestro amigo, Pitingo el vicuña / Our friend, Pitingo the vicuna (smaller than the llama and guanaco, and oh so cute).