Chongoyape: an escape from political madness

Chongoyape is a peaceful city an hour inland to the east of the city of Chiclayo, but if you ever visit, hike in the countryside before reaching the city, in the area near the Tinajones [water] Reserve. The openness, mountain backdrop, grazing animals, calm breeze and isolation from the noise of civilization make for a tranquil paradise. 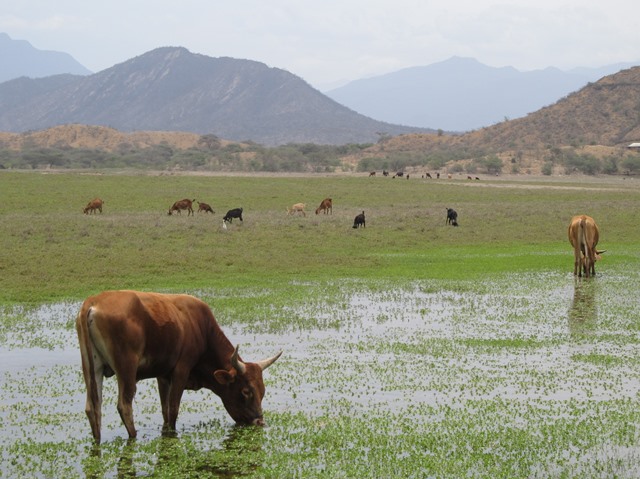 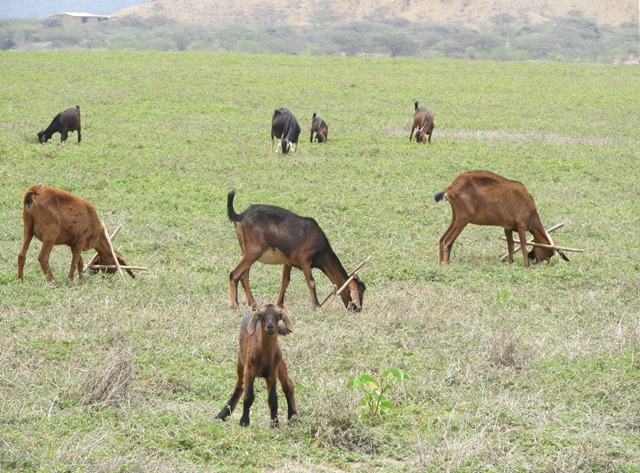 My guess is that the wooden triangles are to prevent these fellows from going through fences (your guess?) 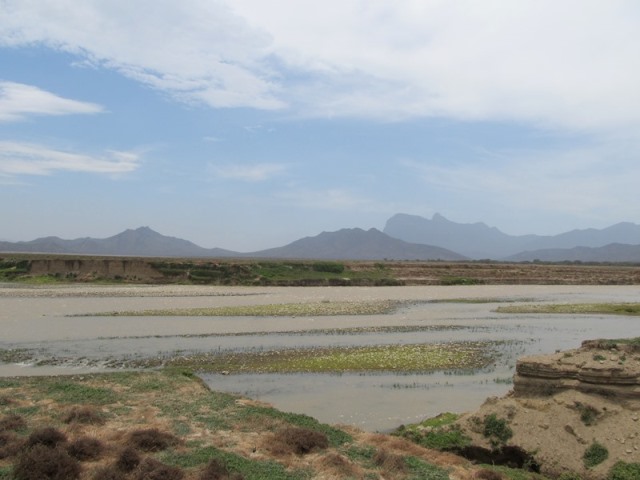 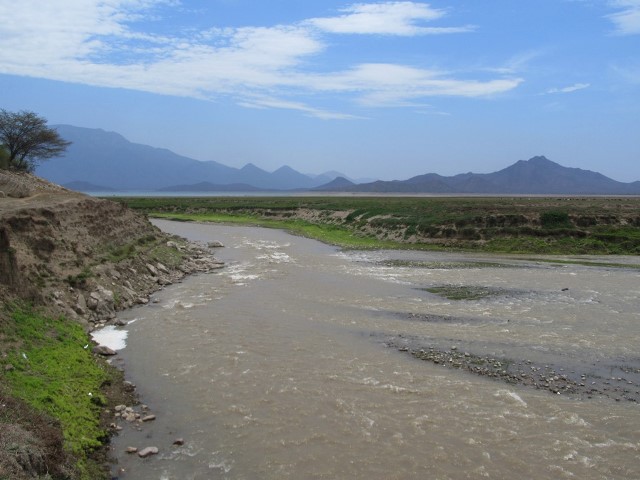 The Chancay-Lambayeque river transports enormous amounts of water from the mountainous province of Cajamarca, making the irrigation of rice, sugar cane, cotton, grass and other crops possible for the agricultural-reliant province of Lambayeque. 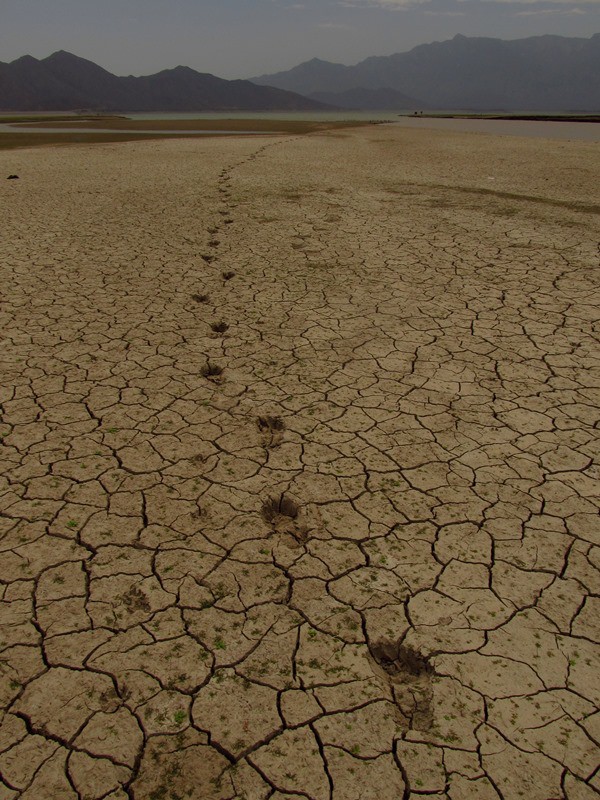 I loved the contrasting landscapes of wet and dry.

Below: The view of rice fields that stretched on as far as the eye could see
(taken from the street just one block behind the Chongoyape city plaza):

My recent visit to Chongoyape served as a much needed break from work and city life, but also from the blatant presence of upcoming elections. Municipal, district and regional elections happened today in Peru. The city of Chiclayo has long been filled with painted walls, plastic banners of all sizes, ads on all forms of transportation, popular songs modified to promote political platforms (blasted at max volume), concerts/political platform speeches, fireworks…the list goes on and on. (Oh, the quantity of paper, plastic, ink, wood, noise pollution…sigh). Did I mention that food staple handouts are a common way to win over voters in the smaller towns and villages across Peru? And that unknown quantities of money for political platforms come from drug cartels?

Sadly, in the past weeks I didn’t come across many people hopeful of positive outcomes of these elections. However, one positive sign is that the (Lambayeque) Regional Round-table for the Fight Against Poverty (of which the Director of Centro Esperanza used to be president, and on which she still plays many roles) managed to have all 13 regional candidates (all male) commit to improvements in six areas (childhood, women’s agenda, rural development, good government, disaster risk management and climate change, and citizen safety). The agreement that these politicians signed was a document published by the Round-table listing baseline and minimum percentages for improvement by the end of the next political term in 2018. For example (in the area of childhood), in 2013, 41.0% of infants from 6 to 36 months in the Lambayeque region had anemia and the goal for 2018 is 20.0%.

Unfortunately, Peruvian politicians tend to give lofty political platforms speeches and then not follow through due to lack of proper leadership and planning (and vicious corruption–the current mayor of Chiclayo who was running for re-election went into hiding a few days ago after millions of dollars in cash and jewelry were found in his home). The resulting popular distrust of politicians is evident, yet the majority of people lack the know-how or resources (or desire) to properly inform themselves of the truth behind their candidates.

Voting is mandatory in Peru and those who don’t vote receive a fine of S/.66. Those people chosen to run the voting stations (a mandatory duty determined on a rotating basis, somewhat like being called to jury) receive a fine of S/.190 (CDN$74, USD$66), pretty hefty considering that minimum wage is only S/. 750 a month (CDN$291, USD$259), one of the lowest in Latin America. Meanwhile, the cost of a basic market basket of goods for a Peruvian family is roughly S/.1500 (my source, in Spanish), yet raising minimum wage in a country where 4 of every 5 workers are employed in the informal economy won’t necessarily reduce poverty (as most people are receiving much less than minimum wage in their current jobs, and would probably be let go if the wage were to increase significantly).

For example, the average Chiclayan domestic worker (a combination of nanny/ cleaner/ cook/ clothes washer/ vendor, all-in-one, responsible for a family’s private in-house convenient store, who works from roughly 7am to 5pm Monday to Saturday) receives around S/. 400 a month, although some families do pay a bit more. Subtract minimum daily transportation expenses at S/.2 per day (more like S/.4 in reality), and that leaves, well, not a lot.

Drinking alcoholic beverages was illegal both yesterday, prior to voting, and today, nation-wide. Voting happened until 4pm, mostly in schools and universities. Many people were saying they would “votar en blanco“, or give a blank vote (vote without actually giving any party the vote to show general discontent with all politicians running). Students and many workers have the day off tomorrow to allow them to travel back to where they currently live, as millions work or study in a different city than the one listed on their National Identity Document (which lists their official residence and voting place).

Seen here are the streets in Chongoyape; streets across Peru have resembled this one for quite some time now. I am looking forward to their transformation over the coming months.

2 thoughts on “Chongoyape: an escape from political madness”