One of the best units I taught this year was “El arte y la cultura” with my Spanish 8 students. I only began teaching them after spring break (in April, when their teacher began a maternity leave), but I already knew some of them from Humanities 8 (which I began teaching in January, when another one of their teachers began her maternity leave). I totally lucked out with these kids!

I was told that the next unit could be either “El arte” or “La cultura”. I wasn’t much of a fan of the lesson materials I inherited, so I created a new unit merging the two unit titles. A student survey taught me that most were passionate art, music and drama students, and many were already taking private (instrumental) music, singing and dance lessons/classes in the community. ¡Perfecto!

We had a blast during the last three months of the school year. I made them work really hard (and questioned if I was being a mean teacher), but gave them a lot of flexibility and had them help design the final two summative assessments (this is an International Baccalaureate term, that means ‘for marks’ assignments). Students were able to choose their partners for presentations/dialogues and I gave them copies of grading rubrics to reference while working.

They read a lot: lots of new vocabulary, in the form of magazine, newspaper and blog articles, biographies, stories, each other’s work (to practicing editing for grammar and spelling errors), memes en español… 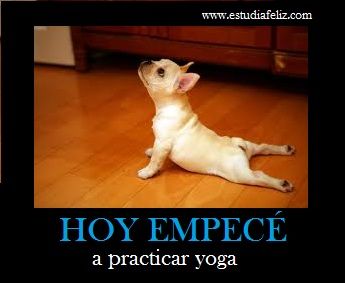 (Bueno, we were studying el pretérito, simple past tense)

They wrote a lot: They learned and practiced the many irregular forms of el pretérito (and actually kept asking for more practice sheets). They completed five journal entries (200-250 words) about topics including their favourite genres of music; a time they went to a concert (some wrote about their little sibling’s music concert, others about an Ariana Grande concert); their arts/design elective choices for next year and reasons for their choices; how they were feeling stress-wise at the end of the school year; and a Latin song/music video that they liked and why, using a huge selection of adjectives. Finally, they wrote (individually) a 300-word travel account of a trip they had actually been on (to use the simple past tense), con fotos de su viaje 🙂 (And they didn’t even use Google Translate–I know SO quickly if students try that nonsense).

They spoke a lot: they played games to practice the simple past tense. They worked in pairs to create dialogues about the interesting cultural places that Vancouver offers, as if one student was the tourist and one, the local expert. They created 3-4 minute presentations to compare two visual art pieces by the Latin artist of their choice (in an oral presentation, and in a two-person conversation with me as the ‘moderator’). They learned and practiced many connector words to add fluency and depth to their speaking (and writing). They even learned to say “Listo” when ready for the next group presentation to begin, once they had written down certain info from the previous presentation.

Did I mention that they listened a lot? Their favourite was listening to songs, muchas canciones. But they also heard interviews, descriptions of cultural events and dialogues. And I made sure they listened respectively to each other when sharing out loud.

One of their favourite songs was “Mi Libertad” (“My Freedom”), by the very talented Colombian group “Monsieur Periné” (yes, that is French name; the lead singer is trilingual after studying in a French school in Colombia). During our second listen, a few were singing along, out loud. We also read a biografía about the group, pretty interesting, as this group was formed quiet randomly.

My students were not typical Grade 8 Spanish students; many have been taking Spanish since Kindergarten or Grade 1, or whenever they began at my school. They rocked the challenging final exam (two read comprehensions: 325 and 648 words, respectively; and a 200-250 word writing section, with choice of 3 topics). There were all in IB MYP Phase 3 for Spanish, in case you are wondering.

The best part is, after some heartwarming feedback from them in June,
I get to teach them again this year…Fase 4, nos vemos pronto… 🙂

I bet your students will love “Mi Libertad”, también!
If you would like the simple lyrics sheet/listening activity I made, please leave a comment (and I will add it here). 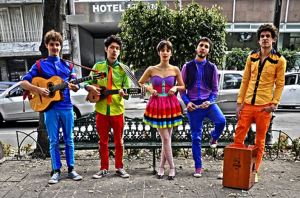 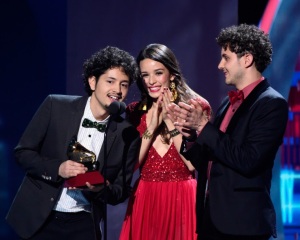 Monsieur Periné won a Latin Grammy for Best New Artist (2016), so they are quickly becoming famous. They were also nominated for a (regular) 2016 Grammy for Best Latin Rock, Urban or Alternative Album, along with some amazing other groups.

Monsieur Periné playing in Seattle on September 12th/13th and I hope to attend one of their Libertad tour shows! I will let you know if I do 🙂 ¡Gracias por tu visita a mi blog!