And the photos continue…

Taken from the public bus that Marcela and I took to travel from Pisac to Urubamba.

At the bus/convi/colectivo terminal. The marking on the mountainside (‘711’) seems to be
a common practice in la sierra, probably to be able to identify towns from above.

Across the street from the terminal: soccer and karate…

On the way from Urubamba to Ollayantaymbo, we shared a colectivo with three Spaniards. The driver was nice enough to stop to let us appreciate the view–what animal do you see in the mountainside? 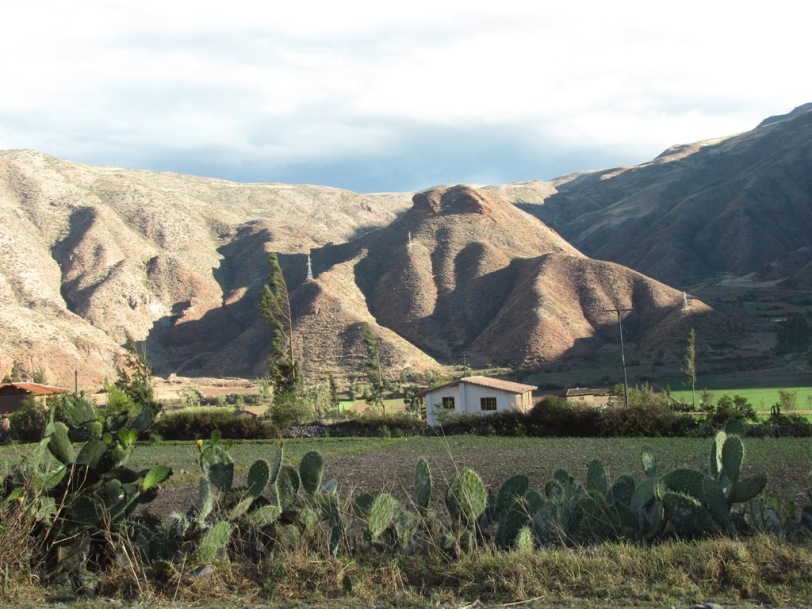 * * *
Ollayantaytambo: the last stop before Aguas Calientes (where one departs from to reach Machu Picchu)

Pretty incredible carvings at these Inca ruins. On the summer solstice, the sun hits the side of this face in the perfect angle to cover it and leave the other side in a full shadow; on winter solstice, the sunshine covers the opposite side. 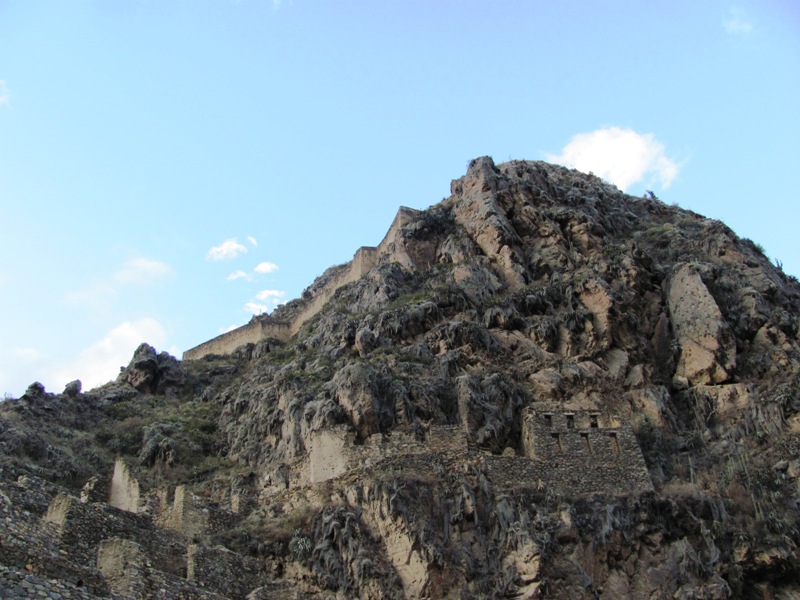 After a delicious dinner at a small hostal, Marcela and I headed to the train station for our roughly 2 hour trip
to Aguas Calientes. It was comforting to be in a warm train after being chilled to the bone in Ollayantaytambo (due to the wind). We were seated in the same booth as a couple from Marseille, France and I enjoyed conversing with them during the ride. We unfortunately could not appreciate the views of the Sacred Valley outside the train,
as it was already dark, but we arrived safe and sound in Aguas Calientes,
where we were met by Johan, the man who would be our guide the following day at Machu Picchu!